A year ago today, Arx Atrata’s 3rd album was released. What have I learned in that time?

On the promotional side, I pushed this album more than previous ones, but results have been mixed. When you push up into the bigger leagues people are less afraid to give negative reviews, as you’d expect and hope. But you quickly see from the contradictions across reviews that you don’t really get a better quality of criticism at this level, just a better quality of writing. It’s subjectivity dressed up as objectivity. The same release can get 10/10 from one source and 4/10 somewhere else.

But artists don’t solicit reviews for the purpose of gathering constructive feedback. We wouldn’t change what we write based on a journalist’s opinion anyway. We want the reviews to reach potential new listeners and tell them about us. So, did that work? Well… not especially. The previous album Spiritus In Terra broke even after 3 months, but this one took until last week to claw back its costs. Partly this is just because people buy fewer CDs and downloads. But additionally, streaming numbers are down for Arx Atrata, primarily because success or failure in the narrower subgenres all depends on whether an anonymous editor at Spotify chooses to add you to their official playlists or not. This time around they did not.

Independent bands trying to reach new fans these days are generally given 2 pieces of advice: first, to be constantly posting on social media in the hope that you build and keep a big enough audience, and second, to buy targeted ads on social media to reach new people. Essentially, the bands with lots of time and no money are doing free promotional work for Facebook and Instagram so that the bands with lots of money and no time get enough views on their ads. I won’t play that game – nobody wins except a handful of lucky bands at the top of the pyramid and the social networks themselves.

So what’s next for Arx Atrata? I had hoped to find live musicians and play gigs this year, but that would have hinged on both a more successful release and also the absence of a global pandemic. Maybe next time? For now, it’s back to songwriting, with something to share in the near future. As ever, watch this space.

There’s an ever-growing scene of black metal here in the UK, and it’s easy to miss out on some gems, especially from the underground of lesser-known acts. Here therefore is a streaming playlist for your consideration – with many familiar names but hopefully many new ones as well.

Here’s one for Deezer users, with Spotify below. 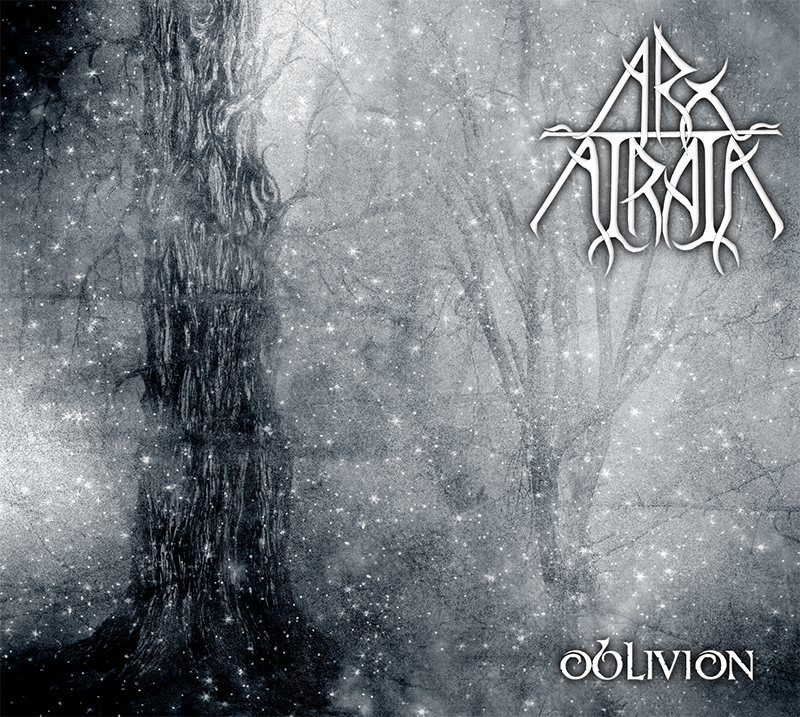 5 years ago today saw the release of the first Arx Atrata album ‘Oblivion’ on 100 limited edition digipaks and digital stores. The intent was to make an album that was mixing some of the more recent developments in UK black metal with aspects of the more synth-based atmospheric black metal acts from Europe, with some blackened doom aspects thrown in for good measure. Inspiration came from a range of bands: Fen, Winterfylleth, Wodensthrone, Lustre, Paysage D’Hiver, Darkspace, Forest Stream, Agalloch, and more. Some of these influences are more audible than others! But regardless, the response to this release far exceeded all expectations and ensured new material would be forthcoming, in the form of 2017’s Spiritus In Terra and the 3rd album coming next year – news of which will be coming very soon. Thanks to all for your support.

This is just a boring gear post for the fellow musicians out there. Rather than complex permutations of pedals I’ve usually opted for multi-effects units. The previous albums had a lot of sounds from the venerable Pod XT Live floorboard, but the next album will feature the newer Line 6 Helix unit (at the top in the image below). Routing everything through the Helix makes it trivial to get exactly the same tones live as in the studio, so… who knows, maybe live shows can happen. Watch this space. Back in December 2013 our album Oblivion was released. This cover art was made by MoonRing Design and the abstract blending of a nature theme with a starry sky reflects some of the themes in that album, especially the cold vastness of the natural world and of what lies beyond it.

Sherwood Forest is an important location in English history and legend, serving as inspiration for the 3rd song on the previous album. Although greatly reduced in size since medieval times, the ancient woodland still exists today in several locations north of Nottingham.